Character Sheets For My RPG

In addition to writing music I have a bit of a slow burner project that I keep myself entertained with. As it stands, it's a table top RPG that I've been working on for about 22 years. It's always been called Mage Wars but I'll need a new name as there's a board game already using it. Now, the earlier versions of the game were pretty haphazard and most of the time we just made it up as we went along anyway. In 2001 or so I got more focused and wrote a whole lot of spells, but none of them were balanced. In 2008-2012 I made a version that was balanced but had no flavor. In 2014 I had some solid ideas for a background setting that meshed with the mechanics ideas I had, and earlier this year (actually while working on Elveteka and playing Divinity: Original Sin all the time) I started updating the older spells in view of how I was thinking of the in-game magic system.

I've been playing here and there with my play group and everyone's been having fun, but one of the stumbling blocks was a clear character sheet. A messy character sheet imposes too much drag on a game, so I created a character sheet that was a little cleaner. Please excuse to fuzziness; bad conversion from PDF to MS Paint to JPEG. 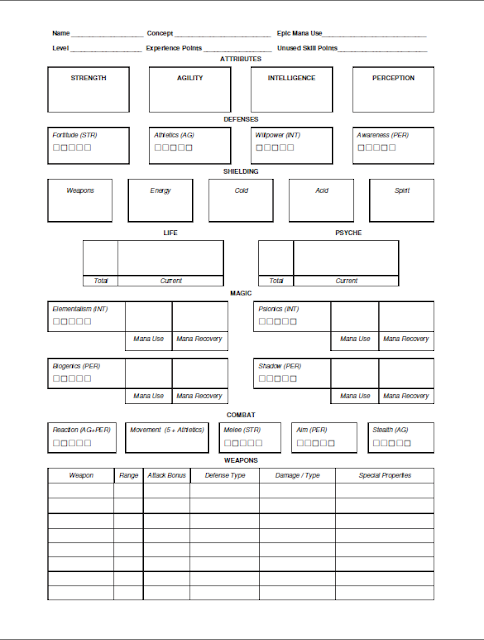 I reached out to my friend Lindsey who very affordably knocked my socks off with what she produced from my design. All I asked her to do was draw some gray boxes around the various stat blocks. Instead, she redrew the entire sheet based on my design. Here's the final version after a couple minor revision requests. 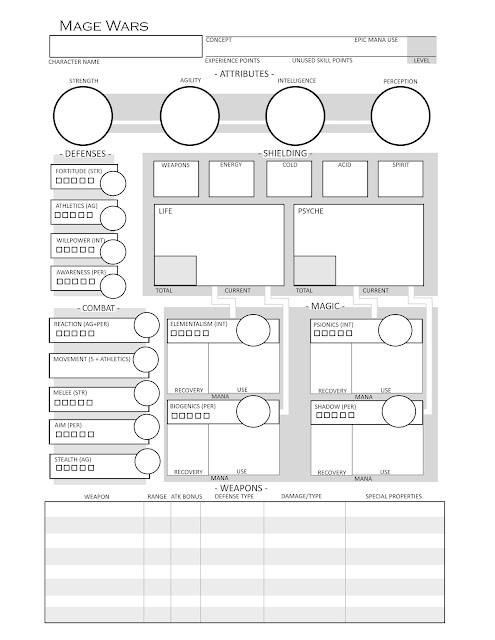 See, now it looks like a game. I can't wait to bring this to my players. They'll love it, which in turn will reduce drag, and help the playtesting along.
Posted by Jared Burrell at 9:52 AM No comments:

Divine Right has a very creative mechanic called Personality Cards that help provide real variety to the player-controlled allies by assigning a personality to the various monarchs. However, we had to make a call on the artwork, which is simple black-and-white sketch art. Given that our mandate is to recreate the original boardgame as closely as possible, we decided to use the card art as concept art, then produce them in the style of the title and event screens.

Here is the first Personality Card rough. Obviously, it is not done yet, but it allows us to confirm that taking this stylistic approach will prove effective.

It's always important to have a coherent look that connects the various art elements. We've chosen to do that here by adhering closely to the original boardgame elements. This may seem an obvious choice, but in many, perhaps most cases, the producer and the art director can't resist the urge to update the art look, thereby negating the charm of the original game, which somewhat defeats the entire purpose of the transition to the newer medium.
Posted by VD at 2:00 AM 1 comment:

We have game counters for Divine Right. All of them, in high resolution, as it happens. Onward and upward! The artists are really doing a great job and making real progress on this project. 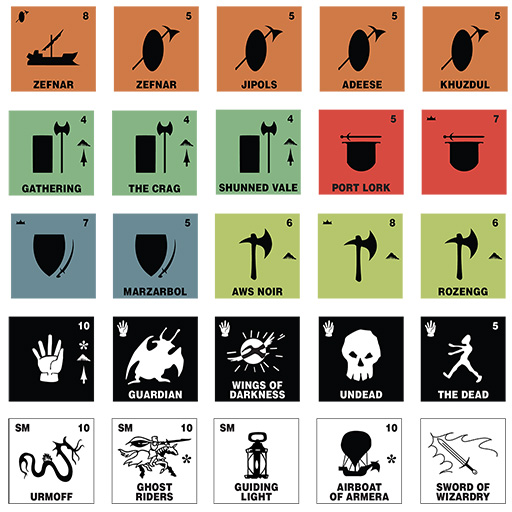 The art continues to come along well. The map is done, the counters are done too, and now it's time to start on the UI and other game elements such as information screens and effects. 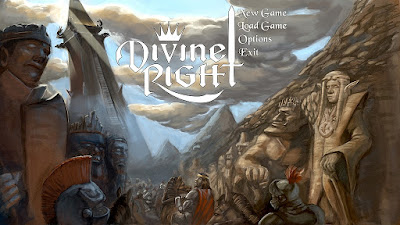 The title screen portrays an army, presumably one belonging to Immer or Hothior, riding towards the Temple of Kings.
Posted by VD at 2:35 AM No comments:

This must come as a relief to the concerned parties:


The fallout from 38 Studios’ drastic shutdown in 2012 continues to play out, as Rhode Island Attorney General Peter Kilman and State Police Colonel Steven O’Donnell announced in a press conference today that no charges would be filed against government officials or former 38 Studios employees after a 4-year investigation.

According to local news station WPRI, the two stated that no criminal activity had been found in the arrangement of a $75 million loan for the production of an MMORPG called Copernicus that was backed by Rhode Island taxpayers. Civil investigations by the State and the SEC are still ongoing, and an 8-page report from the Attorney General’s office states that charges could be brought if new information is brought to light.

However right now, “the quantity and quality of the evidence of any criminal activity fell short of what would be necessary to prove any allegation beyond a reasonable doubt and as such the Rules of Professional Conduct precluded even offering a criminal charge for grand jury consideration,” the report states.

The downfall of 38 Studios was a calamitous event for both the people of Rhode Island and the 200+ developers of 38 Studios and Big Huge Games, who were working on Kingdoms of Amalur: Reckoning and Copernicus. The undying legal action in this case highlights how game developers can become embroiled in local political conflicts when the risks of game financing clash with taxpayer money.

I always felt vaguely bad about the catastrophe that was 38 Studios. Not that it was even remotely my fault or that I had anything to do with it, but I was casually acquainted with its founder, Curt Schilling, through both of us being players of Advanced Squad Leader and subscribers to the ASLML, and when I heard he was founding a game dev studio, I got in touch and told him that I'd be happy to talk to him and answer any questions he might have about the various pitfalls that awaited the unwary developer. He was appreciative, but assured me that he had a top-notch team around him, so I wished him well and promptly ceased to give the matter any further thought. Seeing how things eventually turned out, I rather wish I'd been a bit more pushy.
Posted by VD at 6:58 AM No comments: