It appears that a major game company, which I would assume is Blizzard, is attempting to design cheating right into its esports platforms, based on a report from Crazy Days and Nights, of all places:

This A list gaming company which is a merger of two big companies has a patent in which their match making services (traditionally random based on certain parameters) can be rigged in order to influence in game purchases. If one reads between the lines, this implies that all random events in their games are determined server side.

The ramifications of said patent were present for all to see at the online collectible card game world championship in 2019. In said tournament, the company fully rigged random results left and right in order to obtain political favor with China. This incident occurred within a few weeks after the company banned multiple players for speaking out against Chinese oppression of Hong Kong.

Examples of rigged events on behalf of the Chinese player included always having certain key cards in her hand by X turn, always going second when playing a deck that greatly benefits from going second, or random results from cards played always swinging significantly in her favor.

Many people who watched the live stream of the event suspected the fix was in, but had no proof. It is unknown if the player herself was in on it (assuming no due to innocent until proven guilty).

This is potentially the worst scandal in esports history.

Here’s the patent that can prove the fix is in. The one that by reading between the lines, a lot can be inferred. I also quoted some of the more disturbing passages that prove that the company can rig random events (quotes are about matchmaking, which is supposed to be random).

“In another example, if a player has been performing poorly (e.g., getting killed at a rate higher than the player's historical rate), the scoring engine may dynamically adjust one or more coefficients to match the player in a game that will improve the player's performance. For example, the player may be matched with easier opponents, matched with better teammates, and/or placed in a game that is more tailored to the player's preferences (e.g., players that play in games more closely aligned with their preferences tend to perform better).

To fine-tune the matchmaking process, the system may include an analytics and feedback engine that analyzes player and match data to determine whether a given match was good. A match may be deemed "good" when a player is determined to have enjoyed gameplay associated with the match based on one or more quality factors that are used as a proxy for player satisfaction. The quality factors may include, for example, a duration of a gameplay session (e.g., via analysis of player historical data), player psychological state (e.g., frustration level), and/or other information.”

I don't see how this is going to be legal, much less even remotely acceptable to the players being manipulated by the patented algorithms.

Email ThisBlogThis!Share to TwitterShare to FacebookShare to Pinterest
Labels: Design

In the upcoming Minarian Legends, the Tower of Zards will have its terrible story told. Below is an excerpt from the chapter on the Tower itself:

The Tower of Zards has borne an evil reputation since pre-Cataclysmic times. The Scarlet Witch King, when he rose against Lloroi rule, raised the mighty Tower with demonic aid and braced its cyclopean stones with potent magic. In the end, the Tower could not shelter him from defeat, but its ruins stood tall despite the devastating upheavals of the Cataclysm in the next generation. Afterwards, the barbarous survivors of the deceased civilization shunned the witchbuilt citadel, not caring to dwell in the shadow of grim, cliff-chiseled walls so often lit from within by some lurid glare whose source seemed to be neither the sun, moon, nor stars. The nomads early began calling the tower “Zards,” a word that translates as “taboo.”

For twelve hundred years the castle stood; those few who trespassed upon it inevitably figured in terrifying legends of doom or madness. Located far from any civilized state, the Tower became known to the outside world only through the discounted tales of an occasional traveler or trader from the barbarian territories. Doubtless, affairs would have long remained just so had not a strange intruder appeared without warning in the Shards of Lor early in the twelfth century.

Have you signed up for the Divine Right Games newsletter? Head to divineright.games to sign up today.
Posted by Divine Right at 7:11 AM 2 comments:

Sit Down, Shut Up, and DIE

According to Eve Crevoshay and her "advocacy" group Take This, the most important thing facing developers today is Diversity, Equity, and Inclusion (DEI).  Let me fix it for her:  Diversity, Inclusion, and Equity (DIE).

You know it's funny.  When I was pitching our new mobile games studio, Dead Reckoning, to major AAA game publishers and some of the top game-focused VC's in the world, *not once* did I get asked what my diversity plan was.  I did get asked about the equity plan:  As in, how much equity were my other, mostly white, male co-founders getting.  If one thing was consistent about my ever-morphing pitch deck, it was a lack of a slide entitled "Veteran Team of Game Makers Committed to DIE".  We've raised $10M in funding now and still not a single question about it.  So strange!

It's almost as if those smart game VCs looked at all the big game exits over the last few years, observed the composition of the teams, and silently noted that homogeneity seems to actually be a strength.  How else could Espoo, Finland become the game development powerhouse it has, when they are so disadvantaged relative to DIE initiatives, having a paltry sub-10% non-Finnish talent pool to draw from.  Maybe they noted, as I did of all the acquisitions I assisted with at GC Games, a successful studio in Sweden most often consisted of a bunch of Swedish men.  A successful studio in Turkey, a bunch of male Turks.

As for Ms. Crevoshay, it's clear she has never, nor will ever, *create* anything of value herself, so she goes about advocating death for others.  I suppose "those who can't do, advocate."

Posted by [UnnamedWarrior] at 7:57 AM No comments: 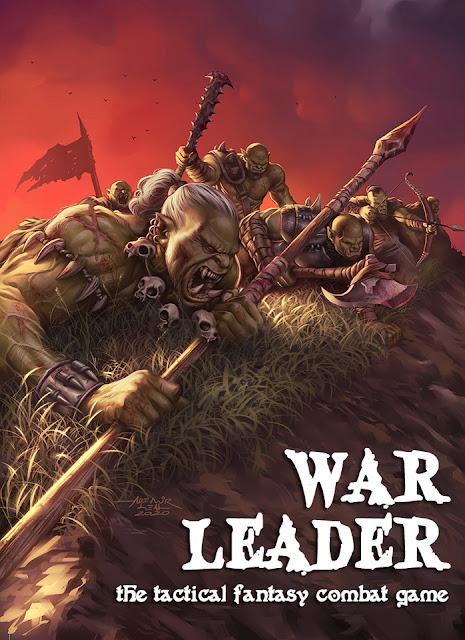 DIVINE RIGHT is not the only board-and-counters game we are currently developing. Once we have the counters done and refined for VASSAL, we will start looking for playtesters interested in playtesting WAR LEADER, which can be thought of as an advanced tactical combat game that is to fantasy combat what ASL is to WWII infantry combat. We're looking at it as a system that will initially be constructed for the world of Selenoth, but will allow modules of different fantasy worlds to be developed, so the same system can be applied to scenarios involving everything from the Uruk-Hai to the Cauldron Born, the White Walkers, and the goblins of Zorn.

The Bandits Do Their Laundry

Elder Scrolls Online is currently one of the most popular MMOs with over 15 million players and while I’m sure there are many reasons for its remarkable success, I believe one is that the world is carefully crafted and not just made.

While exploring one of the many dungeon delves across Tamriel, I noticed that the bandits who lived and would soon die by my hand had done their laundry. It was hanging up between a few tents with a desk in it, near some barrels, weapon rack, cooking fire, and various other details like a very nice and out of place chair—all stolen no doubt.

It was completely unnecessary and they could have had the NPC bandits just standing around near some crates, barrels and maybe a fire and nobody would have complained. Zenimax, was not content with that level of detail and immersion so I carefully made my way around the dungeon, slaughtering its inhabitants as I went, to see the details. Remarkably, this sort of immersive detail was scattered throughout a simple dungeon delve.

I believe there is a very valuable lesson for any writer, dungeon master, game developer, or cartographer: the little details make the world. This isn’t to say you always have to mention the laundry, but adding small details instantly adds to believability and immersion.

Think about the most popular fantasy worlds like Middle Earth, Azeroth, the Imperium of Man, Gotham, Krynn, the Star Wars universe, Narnia, Hybora, Westeros, and Tamriel (Skyrim at least), and they are all filled with depth starting with small details. So take a moment and add a few small things to your world if you are creating one, or at least stop and smell the fresh laundry before continuing the slaughter.

Email ThisBlogThis!Share to TwitterShare to FacebookShare to Pinterest
Labels: Design

We made changes to Conan the Wanderer on a cultural consultant’s recommendations that created a more rounded and well-developed representation of the fictional cultures based on their obviously real South and East Asian counterparts. Word choices were edited throughout for tone, like removing “exotic” and “mysterious” replacing it with a better adjective to describe its people and places, so that players inhabiting eastern characters in their games aren’t just a stereotype of strange, unknown people, and placed them at the center of this book. This was an issue for us in the original version, as it often assumed to paint all eastern characters with the same brush, instead of inspiring a sense of rich societies and cultures.

The material is and always has been wholly faithful to Robert E Howard. We’re not changing anything about the setting or the world. Not a single word of REH’s text has been altered. The only adjustments are being made to the game content itself, or fiction we’ve derived and extrapolated from his works, particularly the way we discuss and present that material.

I'm not saying there is anything intrinsically wrong with a culturally sensitive Conan, although that would arguably work much better as a parody than as a straight-faced RPG. But you can't honestly advertise the game as being Robert E. Howard's Conan.