Many people think that strategy is merely tactics on a larger scale. It is immensely frustrating to discuss because no matter how many times you describe the qualitative differences they recognize only quantitative differences. People conflate tactics with large numbers with strategy and ignore the different kinds of thinking at work. It's almost like people think that strategy is the smart word for tactics, similar to people who always use "whom" for "who" because it sounds smarter. Let's agree the world needs both tacticians and strategists, but conflating them is counterproductive.

This is particularly relevant to game design because much of what we call strategy is really tactics. We rarely ask whether a game models a process or the thinking one uses when engaging with a process. Therefore any game involving armies is called strategic even if they are nothing but hit point containers. Let's take this to the most absurd limit. Maybe you've designed a game of immense scale: galaxies fighting galaxies. Each galaxy has a number of civilizations in it, and every time you deal damage to an enemy galaxy it loses a few civilizations, but every few turns (called eons) each galaxy regenerates a few civilizations. Furthermore, within certain constraints you can control how your galaxy expands, contracts, or revolves - how it moves - through the universe, so you have some choice which neighboring galaxies you can attack. Maybe the board on which the combat takes place expands for the first half of the game and contracts for the second half, and whoever controls the last remaining galaxy before the next Big Bang wins. We could even add some push/pull mechanics so attacks affect the expansion / contraction of the universe.

Great, but is anyone going to argue that this 4th edition D&D miniatures game (but I repeat myself) is strategic? You laugh, but if I included a little more detail (each civilization contains a number of societies, and a civilization is destroyed when its society points reach zero!) people would claim this is a strategy game. Maybe more detail, like a rock-paper-scissors game? When a galaxy fights, it uses tech, culture, or politics. Politics beats tech, tech beats culture, and culture beats politics. Wow, so deep, so complex, so strategic! - and yet all we've done is mask the underlying mechanics of a basic tactics game.

On the other hand, maybe in real life you have a basic policy of being honest, and not pretending to be someone you're not. Because you have a few quirks, you rub some people the wrong way, but over time you surround yourself with honest people who appreciate you. In any given situation you're not too concerned if someone likes you, so much as being yourself. You're certainly not calibrating your persona to match the environment like some kind of calculating, social chameleon. You've seen that backfire more times than you can count.

Can we call this strategic thinking? (Could it be that nerds are worse at strategy than cheerleaders?) You're not concerned with maximizing each individual encounter. You looked at a situation and picked a basic course of action with a tendency to move you in the right direction.

Scale alone isn't the key factor. You can have a tactical galaxy game and a strategic interpersonal situation.

So here's my attempt at working out the difference. I doubt my definition is complete. I hope the comment section improves it - so long as people don't conflate the Galaxy Game, tactics with big numbers, with strategy.

Tactical thinking is calculating odds, risk, reward, and taking measures that maximize gain / loss. Strategic thinking sidesteps the issue of odds entirely and develops outcome independent systems of analysis / action. Those systems are designed to produce situations mappable within themselves and (ideally) not mappable within your opponent's, sort of like a conceptual OODA loop. Tactical thinking is here's how my guy beats up your guy. Strategic thinking is let's focus on controlling the camera. (When my guy wins he's strong and your guy deserved it. When my guy loses, he's the underdog and your guy is a bully.)

I think it's the outcome independent aspect that defines strategy. The mappable part is simply saying you've thought far enough ahead that every situation is a win-win, as opposed to pushing circumstances into an area you're not prepared to analyze or take action in. Mappable also means, all things being equal, you prefer action that gives you more information about your environment / opponent, again, so you can engineer win-win situations. For instance, if you're a freelancer, you learn more about the market if you charge too high than too low. Or, you set boundaries with people to reduce conflict.

How does this help game design? It will help you ask better questions. With accurate definitions you can see if your game offers competing strategies, or if the fundamental level offers only one proper way to play.

What do you think?

Personally I'm not completely sold on the definition. I'll need time to mull it over. There are some things to look for, however. A proper distinction between strategy and tactics needs to take into account:

Mark had a great thread on business patterns today. I'll leave it to his own words. 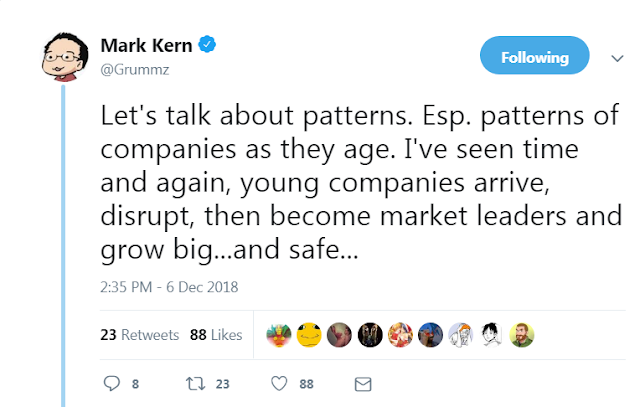 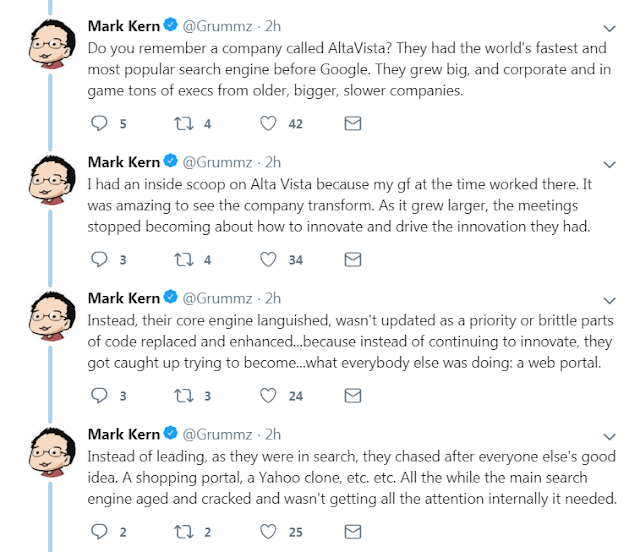 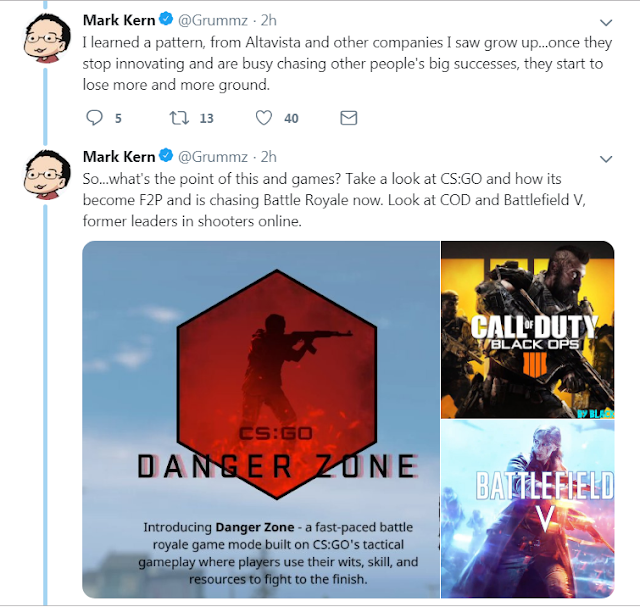 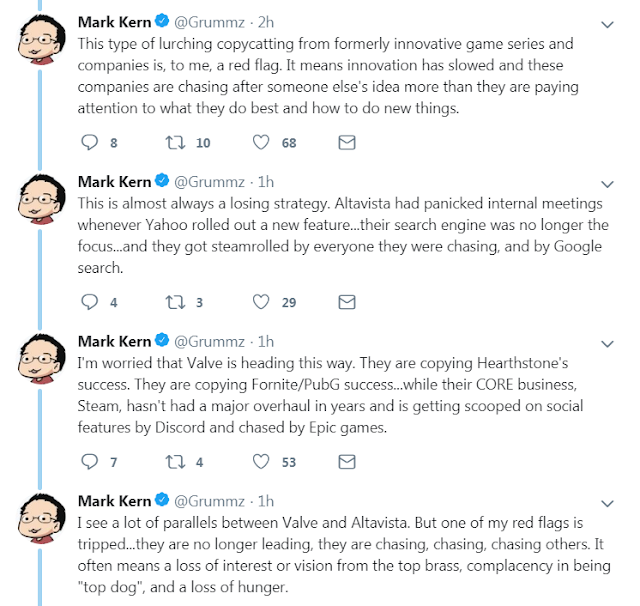 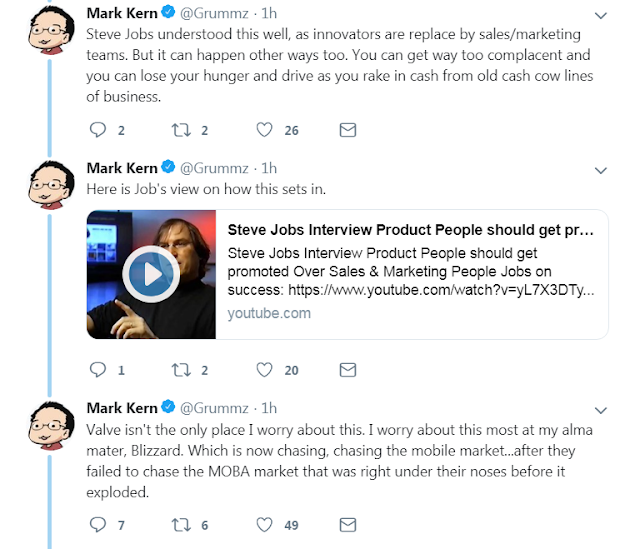 Speaking of innovation, our upcoming post on the Creveld Engine is sure to draw some interest.